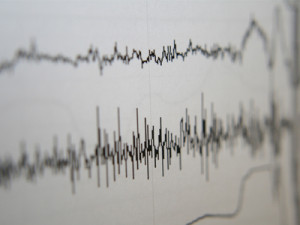 There are various reasons why people tell lies. The most obvious one is to escape punishment and social censure. It is used as a defense mechanism. Sometimes, it is easy to tell when an individual is lying, but if one is a crafty liar it is very difficult to see through their pretence (lie detector).

The lie detector aka the polygraph machine is an infamous device in such cases. It has featured in detective films, novels and comics books. A few government jobs in some parts of the world also require you to undergo the polygraph test before you can be recruited for the job. Hardcore criminals too, get a little flustered about being subjected to the lie detector. The reason is they know that once there, the truth will come out with ease. Not known to everyone, but this lie detector harbours a secret.

How does a Lie Detector work?

The lie detector is an assembly of various medical devices. The word “poly” means multiple. It involves attaching multiple sensors, typically four or six, to the person’s body. The sensors are attached to the fingers, the arm and the chest. The sensors transmit multiple signals to the recording device where they are gyrated on a single moving chart strip (lie detector). The sensors record a person’s vitals such as the person’s breathing rate, the pulse, blood pressure and perspiration. Complex polygraphs also record a person’s arm and leg movements as physiological reactions.

When one sits down to take the test, they are skillfully warned by the operator that the slightest hint of pretense and lying will be identified. In common parlance, if you lie, the buzzer will go off in minutes. Those unaware of how a lie detector machine works believe that it helps detect lies (lie detector). This is a long-fuelled myth. A lie detector helps detect deception depending on physiological reactions to a structured series of questions.

During the test as well as after it, the examiner studies the graphs for drastic changes in the individual’s vital signs. For example, if the heart rate gets faster or the blood pressure increases or there is increased perspiration, the examiner concludes that person has been insincere for a particular question.

For the results of this method to be accurate, it is necessary to have a well-trained examiner. A well-trained examiner is not only trained in operation of the device and charting graphs, but also reading graphs and seeing through people’s personalities and behavioral traits (lie detector).

There has been a lot of controversy regarding the use of a lie detector in criminal investigation. This is on account of the level of subjectivity involved in the procedure. One who knows the truth about lie detectors can easily manipulate their answers to escape. This testing method is not perfect, yet it forms an integral part of the policing and judicial system in many countries across the world.

What Do Businesses Need To Do According to a … END_OF_DOCUMENT_TOKEN_TO_BE_REPLACED

Whistleblowing In Indonesia. The risk of fraud is … END_OF_DOCUMENT_TOKEN_TO_BE_REPLACED

What is Business Due Diligence? Due diligence … END_OF_DOCUMENT_TOKEN_TO_BE_REPLACED

Many employers in Indonesia background checks on … END_OF_DOCUMENT_TOKEN_TO_BE_REPLACED

PIA/BEPIA has had a number of media TV slots covering our private detective work. Click on the icon to see a short piece by “Trans TV”.

We have also had articles in magazines and newspapers. Click the icon to see an article in an Indonesian magazine (in Indonesian).