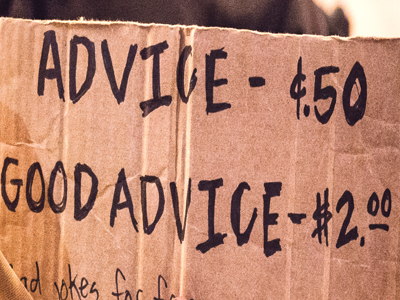 There are times you should consider turning to an investigator for help, and other times when a private investigator is really not what you need. Here are a few guidelines for you (Private Investigation).

This is an unfortunate occurrence, but it has to be dealt with. Often, a spouse who is disenchanted with the marriage will seek an affair but hang on to the marriage for financial gain. It’s a sticky situation and because no actual crime is being committed by the simple act of adultery, the police don’t want to get involved. There could possibly be a conspiracy between the cheating spouse and his or her lover to defraud the jilted spouse out of money, and that would be a crime, but usually there is just the simple fact of adultery and it has to be proven, especially when there’s a pre-nuptial agreement in force (Private Investigation).

Sometimes people attack someone else’s reputation unjustly, and the accused can receive material damage, meaning that the damage to reputation translates to loss of business or other financial stream. But no matter the reason for the character assassination, investigators get hired to find out the truth behind the rumors and rancor. Often, this kind of back-stabbing perpetrator will back down once he or she finds out that there’s an investigator on the case.

It’s no secret that stores and other businesses hire investigators. They are extremely useful in detecting shoplifting, vandalism, and other losses that can cost in the millions depending on the size of the chain or the type of merchandise that’s being sold. These may or may not be set up as security personnel that you usually see posted at the doors. Often, the investigators are dressed in plain clothes and either circulate around the store or stay out of sight monitoring surveillance cameras.

If you have missing relatives, a PI might be apt to spend more time and resources tracking them down for you. Or, if you suspect something has gone wrong with the process of handing down property, an investigator can help (Private Investigation).

Here are some reasons you should not be using an investigator.

If you have a personal beef with somebody and you’re just digging for dirt to use against them, you might consider de-stressing another way and letting it go. Unless there’s been substantial financial or physical harm done to you, you could be better off investing in stress-relieving activities like sports, talking to a counselor, or meditation.

Anger is a very real thing and needs resolution, and many people seek to discredit the person that hurt them rather than learning the very real skill that will satisfy them and build a better life going forward, and that is the skill of using nasty things that people do to motivate them to succeed.

When there’s an actual crime involved, you’ve got to report it to the police. A PI can help you enormously in sticky situations that have a big effect on your peace of mind and life, but if you’re being stalked, threatened, or hurt in any way, it’s a police matter and you need to start using them to document abuses and interview involved parties even if you’re not ready to file charges. Sometimes, simply reporting abuse will stop it, but when it doesn’t, it never hurts to have reported all the priors so the records reflect them in a way that’s admissible in court.

Hope you enjoyed these lists, and remember that we are here to help you with your investigations when needed (Private Investigation).

What Do Businesses Need To Do According to a … END_OF_DOCUMENT_TOKEN_TO_BE_REPLACED

Whistleblowing In Indonesia. The risk of fraud is … END_OF_DOCUMENT_TOKEN_TO_BE_REPLACED

What is Business Due Diligence? Due diligence … END_OF_DOCUMENT_TOKEN_TO_BE_REPLACED

Many employers in Indonesia background checks on … END_OF_DOCUMENT_TOKEN_TO_BE_REPLACED

PIA/BEPIA has had a number of media TV slots covering our private detective work. Click on the icon to see a short piece by “Trans TV”.

We have also had articles in magazines and newspapers. Click the icon to see an article in an Indonesian magazine (in Indonesian).